The Nashville Composers Association and Film-Com are pleased to present the two-day seminar “Incorporating Everything You Do as a Composer Into a Living” with celebrity musical director and composer, Michael Bearden (see bio below).

Attendees of “Incorporating Everything You Do as a Composer Into a Living” will learn about how to utilize your diverse musical talents and abilities as a composer into making a living.  Michael has been doing this for 30 years and will discuss how he has succeeded as a musical director/producer, keyboardist, and film composer.   The agenda and topics that will be covered in the symposium include:

The morning Music Technology Event will be headed by Nashville Composers Association board member and CEO of MusicSynk, John Pisciotta.  Topics of this Event include:

Saturday, 10 am – noon:  Technology, Tools and Transparency supersession, with:

All symposium attendees are invited to a Film-Com networking event on the evening of Saturday the 13th – details will be provided to all paid attendees.  Heavy hors d’oeuvres will be provided.  Feel free to bring your business cards, demos, or any other promotional materials!

DEADLINE: To receive your all-access Film-Com laminate, you must register by June 4, 2015. 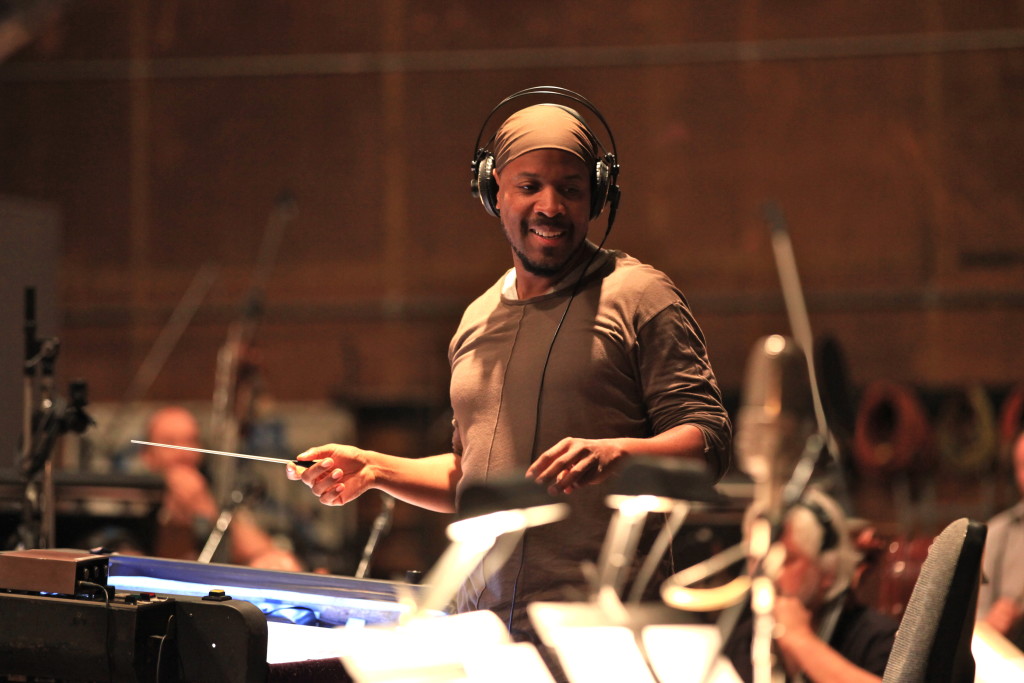 Michael Bearden is an accomplished musical director / keyboardist / arranger /conductor and composer for a diverse range of musical superstars.

Most recently, Lady Gaga asked Michael to become her musical director. His first assignments were MTV’s 2013 VMA’s at The Barclays Center in Brooklyn and the iTunes Festival in London. He looks forward to collaborating on all of her upcoming live appearances in support of her new release Art Pop’ and all future musical endeavors.

Currently, Michael is involved in several record productions including a new effort from female hip hop pioneer, MC Lyte, and the China Voice winner Bo Liang and an upcoming conscious/uplift humanity project spearheaded by legendary rapper Talib Kweliand writer/activist Kevin Powell.  Just to name a few. Also, in conjunction with his LA based production partners – The Natives’ of LoudBox Entertainment, they are producing several established as well as up and coming young artists. Most projects will drop in 2014.

Recently, Michael was asked by Dwayne Wade’s ‘Wayne’s World’ foundation to be it’s ambassador of music for the Chicago based charity organization.

Also recently, Michael could be seen as the musical director/producer on the CW Network show Oh Sit! The show airs for 10 weeks starting April 15, 2013. Earlier this year, Michael was the musical director and conductor for Lady Gaga’s appearance at the President’s Official Ball during Barack Obama’s inauguration of 2013. Michael and the first lady have been friends since childhood so it was a natural fit. Especially having performed at the Obama’s very first inauguration. The night was a resounding success!

In demand, the very next week, Michael was asked by well renowned producer Don Was to work on an event in New Orleans. It was a surprise birthday party for Microsoft co-founder Paul Allen. The concert included legends Dr. John, Chrissy Hynde, Greg Allman and Joe Walsh.

Also, Michael can be seen as the musical director and conductor on a Ken Ehrlich/ AEG produced PBS special for new talent Chris Mann. Ron Fair asked Michael to put the show together and he did having only a limited amount of time to do so. It’s getting rave reviews and airing in March 2013.

In December Michael performed as principal keyboardist and contributing MD at the 2012 Kennedy Center Honors in tribute to Legends Buddy Guy and Led Zeppelin. Michael has held this position for 8 annual Honors Telecasts.

In fall of 2012, Michael was the co-musical director and conductor for the 64th Prime Time Emmy awards.

He also, performed in Don Was‘ all-star band for the ‘One World’ concert in Syracuse New York, honoring His Holiness the 14th Dalia Lama.

Michael is recently completed the score to feature film, ‘April Apocolypse’ for up and coming filmmakers The Tarnol Brothers.

Michael  was Musical Director, Supervisor, Composer and Associate Producer of the film This Is It about Michael Jackson’s final days

He also performed at the star-studded Lincoln Memorial Concert for President Obama’s inauguration!

Michael is now serving on the Board Of Trustees of The Recording Academy LA Chapter.

Michael is also currently serving as Global Goodwill Ambassador for The United Nations.