WATCH ‘DECADE OF A DIFFERENCE’ CONCERT 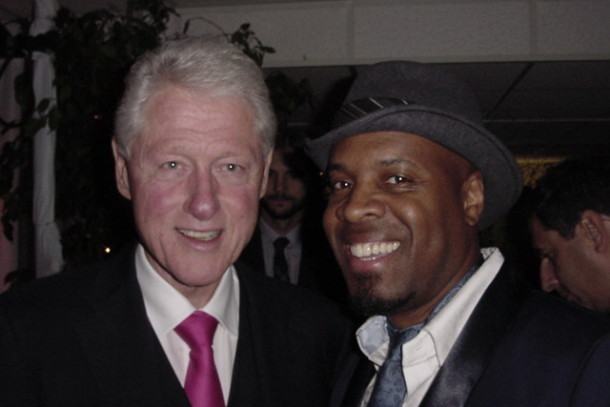 The William J. Clinton Foundation’s Decade of Difference concert, celebrating 10 years of the foundation along with the former president’s 65th birthday, had relatively few snags (read on about Usher’s pants), yet kicked off with a few tears—from the guest of honor himself. Stevie Wonder opened the evening with his classic “Sir Duke” and capped his funky set with “Superstition.” Forget warming the audience: Wonder had everyone on their feet and Clinton tearing up in his seat.

Next, presenter Laura Ling (the journalist who was imprisoned in North Korea along with Euna Lee after crossing into the country from China) paid tribute to former President Clinton for his public service and literally saving her life. Kenny Chesney followed and took the stage, opening with his fun singles, “Somewhere With You,” and “Beer in Mexico.” The country superstar welcomed the talented and leggy Grace Potter (of Grace Potter and the Nocturnals), and the two sang their hit single, “You and Tequila.”